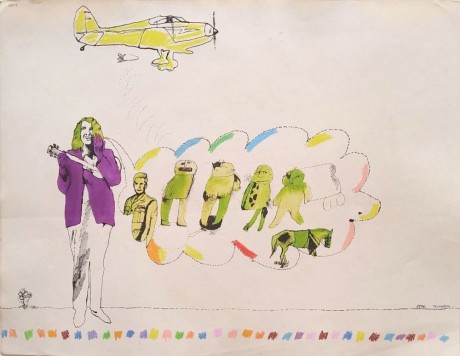 Oded Feingersh is an Israeli painter.
Born in 1938, Jerusalem, Israel

Feingersh's works are of high graphic quality and rich imagination, within the framework of "surrealistic-pop" paintings. "I am influenced by the aesthetics of the yellow press, fashion magazines, television advertising," he says. His world is full of personal and collective mythology. The themes of his work changed over the years, at first his paintings were means of protest, then he changed the direction and created personal painting.

Feingersh has exhibited in countless galleries in Israel and throughout the world. His works are in the collections of major museums and many private collectors in Israel and abroad.

Oded Feingersh received the LEFRANC award for young artists in 1967 and in 1976 he won the Dizengoff Prize for Art.