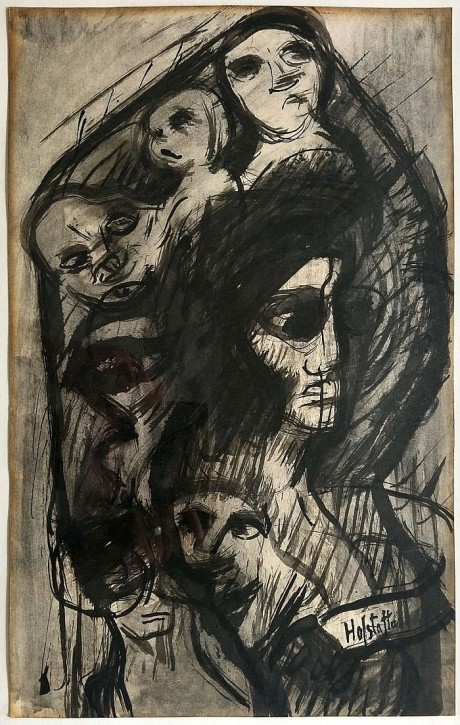 Hofstatter's work has been shown in all Israeli museums and many galleries in Israel and abroad.
In 1968 he exhibited at the Museum of Modern Art in Haifa and at the Israel Museum, Jerusalem.
In 1974 he exhibited a retrospective at the Tel Aviv Museum of Art.

Hofstatter was the recipient of the Dizengoff Prize, and the Ministry of Education and Culture Prize (1976) and Discount Bank Prize, theIsrael Museum, Jerusalem (1991).