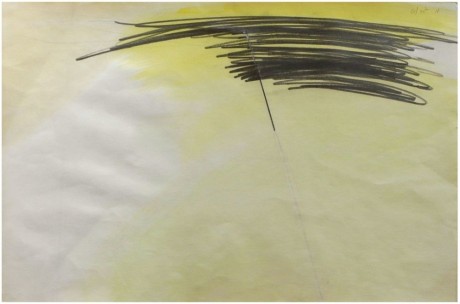 Michael Gross was an Israeli painter and sculptor.
Born in 1920,Tiberias, Israel.
Died in 2004, EvenYehuda, Israel.

For many years, Gross has developed his unique style of painting and sculpture. Gross, who began as a sculptor, created canvases that had a great openness to the landscape and the light. In his works he moves on the thin line between minimalist abstraction and loyalty to the Israeli landscape and light. He created works in which the image almost disappears and in others he created a synthesis between abstract and figurative. "Minimalism is not a goal but a beginning, a means to reach the essence" he says.

Gross was and remains one of the most important and respected Israeli painters.
Gross received, among others, a gold medal at the 11th Biennale in Sao Paulo (1971), the Sandberg Prize, Israel Museum (1977), the Minister of Education Prize (1987) and the Gamzu Prize, Tel Aviv Museum (1995).
He was the recipient of the Israel Prize for Art in 2000.