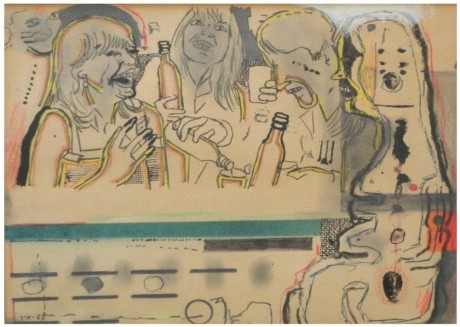 Yair Garbuz (born 1945) is an Israeli painter and art teacher.

Garbuz's work is characterized by virtuoso and has different painting styles, side by side. His works are rich in theatrical and humorous images, some of which serve political and social critique. Garboz testifies to himself: "I have always preferred redundancy to thinness, exaggeration over stingy punctuality, and extravagance over thrift."

For his work, Yair Garbuz won the The Emet Prize for Art, Science and Culture in 2004 and the Rapoport Prize in 2015.