Yoav Hainebach "With Moon And Shadow"

Yoav Hainebach's work shows a desire to avoid action. The avoidance is expressed in the multitude of exposed parts and white spaces in his works, both on paper and on canvas. Moreover, despite the considerable accuracy of the finished works, they resonate with the process of hesitation, indecision, restraint and contraction.

Hainebach's paintings are preceded by a profound observation that involves thought processes and consideration of the interactions between the forms and relationships in nature in general and the tension between urban and nature in particular.

Although this preliminary process is a driving force in his work, the act of painting itself is not a direct continuation of it, but often is a response to a random event in the work process, following which shapes emerge from the paper.

What is the event? And is it random? These are questions that arise from the works that are not led or directed in advance by a precursory image.

Hainebach is an artist with a keen eye and sensitivity to nuances. His works are delivered very gently and require internal attention from the viewer. 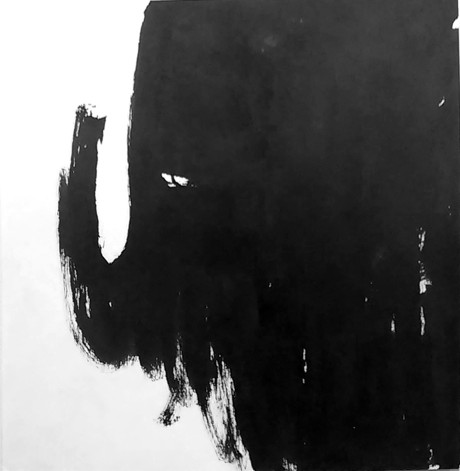