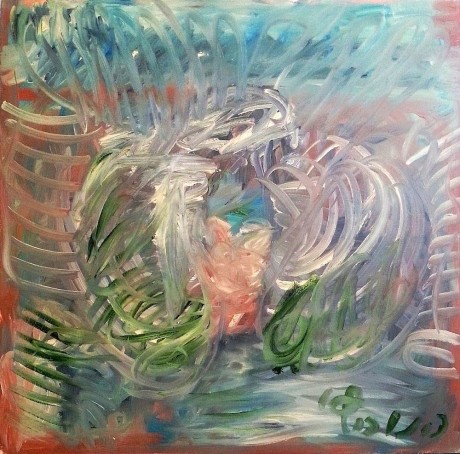 Zinovitch was a total artist who expressed in his works what was going on in his soul. His painting is experiential and direct, ranging from the figurative to the abstract, between intense expressiveness to delicate Abstract Expressionism. "It was not an American abstract  or alyrical abstract, it was a Pini's abstract", in these words the artist David Wakstein defined the works of Zinovitch.