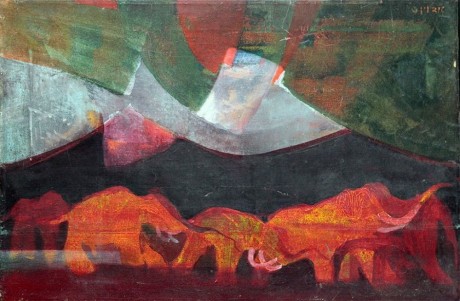 Salomon signs his works: "Edwin S.". His art is a mixture of forms and shapes in movement, mainly animals, veiled in misty air of red and silvery colors.

Salomon received awards in recognition of his artistic achievements in painting, including the Nordau Prize for art, an award he won twice (1965, 1968).