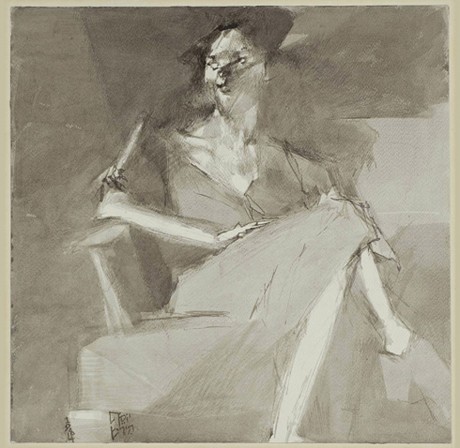 Hirsh was often defined by artists and critics of art as a master, one who works with great grace, although he concentrated on drawing on paper in a small format. Hirsh's virtuosity of drawing never became a major feature of his paintings; his excellent skill was used to emphasize and deepen the themes.

Hirsch has exhibited numerous solo exhibitions in Israel and Germany. He also participated in group exhibitions.
Hirsch's works are included, among others, in the collections of the British Museum in London, the Tel Aviv Museum of Art, the Israel Museum and the Open Museum in Tefen.