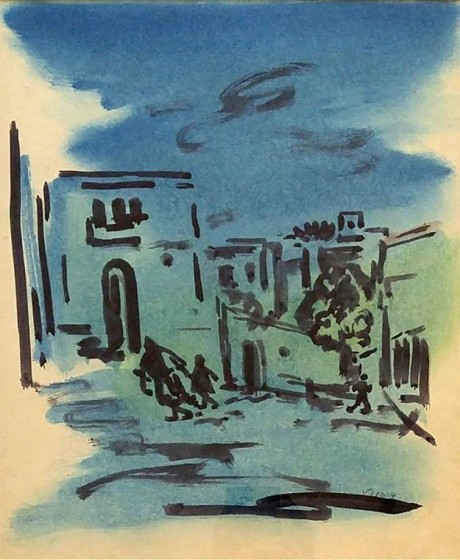 Handler was known as "The painter of Tel Aviv" because the city and especially its inhabitants were the subjects of his work. Handler focused on drawing. His drawings were painted with a fingernail and varied in few watercolor stains. Each drawing eternalized the atmosphere of a moment through a few modest lines or brush strokes, whatever the subject matter.