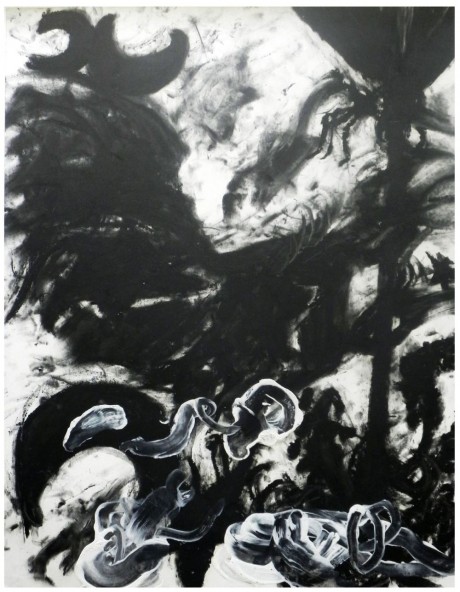 Gershuni's work is divided into two periods. In the first period he created a conceptual and minimalist art whose main preoccupation was with radical politics. In the second period (starting in the 1980s) he created expressive art, characterized by intense paint smears, full of movement. His works expressed and mixed his feelings towards national and social issues:the Holocaust, Judaism, the assassination of Rabin and towards personal issues: prayer and the human body.

Gershuni has presented dozens of solo exhibitions in Israel and around the world. His works are in many important museums and collections in Israel and around the world. Among other things, he exhibited solo exhibitions at the Israel Museum, Jerusalem (1969, 1986), and at the Tel Aviv Museum (1980, 1990, 2000, 2010), which in 2017 presented an exhibition in his memory.
In 1980, he was chosen to represent the State of Israel at the Venice Biennale.

Moshe Gershuni has won many awards in recognition of his work. Among them: Sandberg Prize, Israel Museum, Jerusalem (1982), Ministry of Education and Culture Award for Sculpture and Painting (1988), Fondik Award, Tel Aviv Museum of Art, Tel Aviv-Yafo (1995). In 2003, he was chosen to receive the Israel Prize (which he was denied due to his refusal to participate in the ceremony).