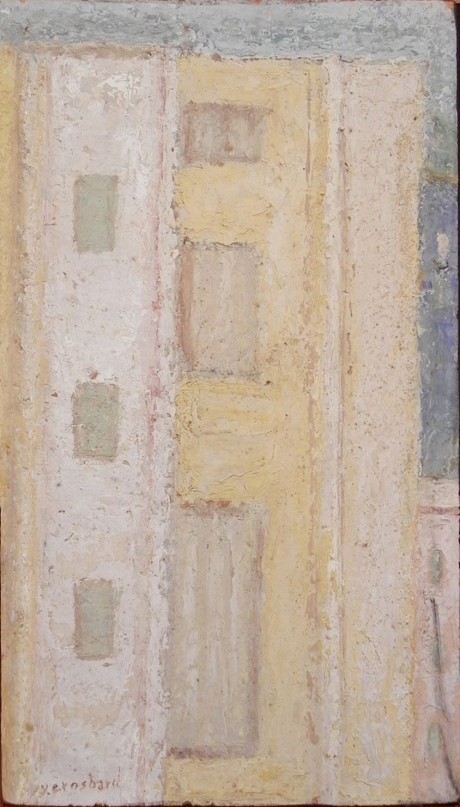 Grossbard painted manly urban landscapes, focusing on his home town of Haifa. He developed an architectural-geometric style, unsentimental in its nature. These are Mediterranean paintings: the colors are bright, and the dominant yellow comes from sunlight. Grossbard's made the places he painted poetic - a picturesque "nowhere". His paintings are intimate, modest and optimistic.

Grossbard was awarded the Malach Prize, Ein Hod in 1958 and the Herman Struck Prize in 1965.