In this exhibition we assembled artists whose work expresses the interaction between figures, focusing particularly on those who operate in the unconscious space and without using an image as inspiration.

Drawing figures from the unconscious, which is not bound to the standard representations of the familiar external world, allows a wide range of "self" representations to receive a place of honor. These include weakness, deformity, physical defects, disintegration, aggression, and extreme states of mind that are often silenced in day to day life.

We were particularly interested in the nature of the interactions and differences of character between the figures. These make the exhibition viewer an active part of it:  the viewer's eyes meet the figures and their gaze, which reflect various components of their soul. As a result, a sense of identification, closeness and consolation are created, as well as confrontation with repressed and dark sides 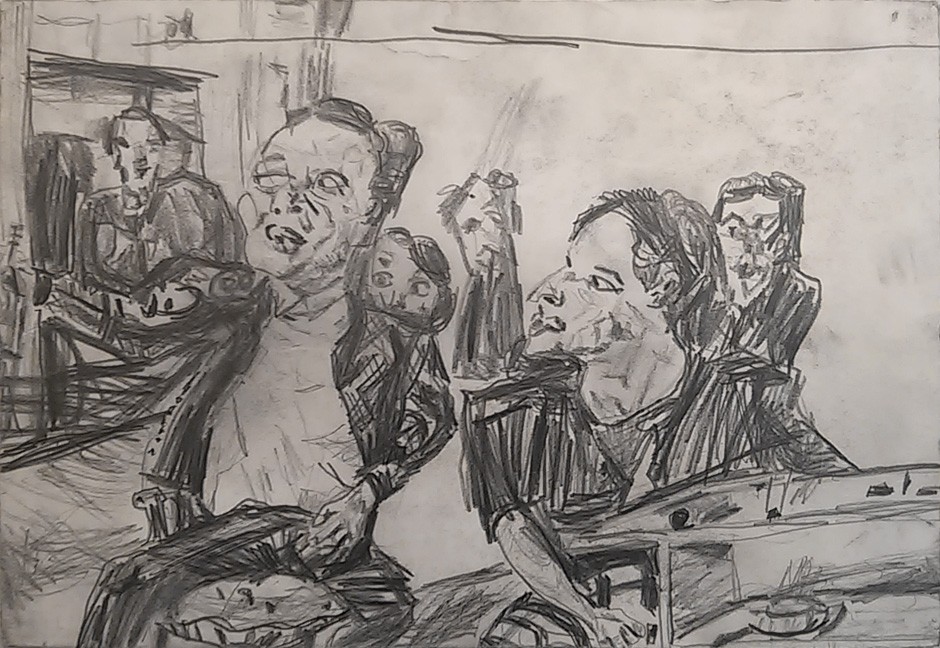