The absence of space, time and narrative in Pinchas Ezra's new works seems to suggest that this is an abstract painting that deals with the values of painting itself - line, stain and composition. A closer look at the paintings will reveal that this is not the case.

The driving force behind the paintings is unconscious mental strata, the result of which is that the pictorial language itself is not the main thing, but rather serves as a tool for conveying moods.

A sense of convergence and restraint emerges from his works, which is intensified by the monochromatic palette of gray and black-matte. This is soft music that is played - it seems - in only one note.

The dialogue that exists in Ezra's works is between reveal and disguise, between the outer world and the inner one. Accompanied are feelings that are experienced as relaxation, pause and freezing, as a kind of burning and resonant silence. The dialogue stands at the core of his work and give it its strength. 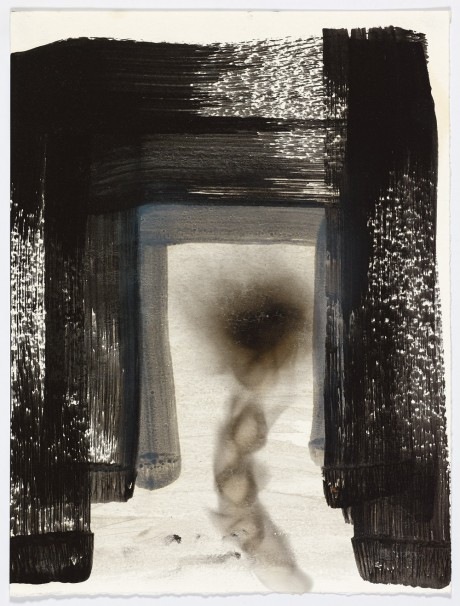